Source (3rd page in the attachment).

A paid article of Mrs. Miyoko Hiroyasu, including a recent picture.

Independent confirmation that Mrs Yuki Ōkawa (大川ユキ) of Nagareyama, Chiba, is 110 years old - her name is mentioned in the comment.

It includes her recent picture here:

I have synchronised Fukuoka and Ehime prefectures with hydepark's information (see here), so this means the following:

The oldest living person in Hokkaidō prefecture is Mrs Tane Matsubara (松原タネ), who moved to Biratori in the past year. It turns out she was born on 15 October 1909 and will thus turn 113 in ten days.

User hima inosuke of the Japanese forum has posted some updates (city statistics), which I am reposting here:

- The oldest resident in Tondabayashi, Ōsaka is a 104-year-old woman. This means that Kimiyo Tanimoto (谷本喜美代), born on 19 June 1911, has gone to limbo.

- The oldest resident in Koshigaya, Saitama is a 109-year-old woman.

- The oldest resident in Hasuda, Saitama is a 109-year-old woman.

Once more, hima inosuke has posted some updates on the Japanese forum.

Mrs Masayo Kanno (菅野政代) of Rikuzentakata, Iwate died on 17 October 2022, aged 108. She was born on 2 May 1914. During the September updates she was reported as the fourth-oldest living resident in Iwate prefecture.

May she rest in peace.

After Mr Nakamura's death, Mr Gisaburō Sonobe (薗部儀三郎) of Tateyama, Chiba, has been confirmed as the oldest living man in Japan. He celebrated his 111th birthday on 6 November. 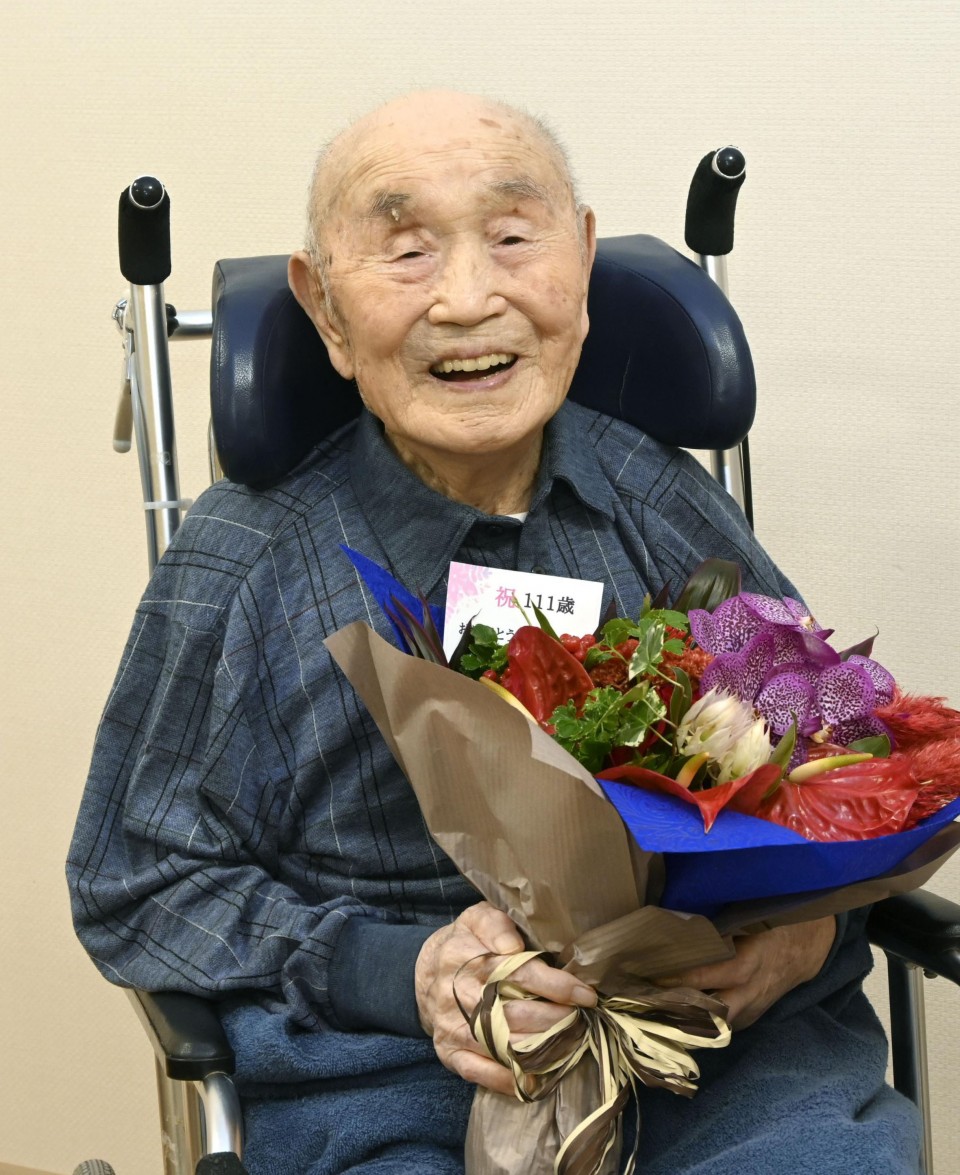 Shigeru Nakamura, a 111-year-old recognized as Japan's oldest man, died Tuesday at a nursing home in Hiroshima Prefecture where he resided, the facility said.

Born on Jan. 11, 1911, in Jinsekikogen in the western Japan prefecture, Nakamura was exposed to the after-effects of the Aug. 6, 1945, atomic bombing of Hiroshima by U.S. forces in the closing stages of World War II, after he went to help clean up rubble in the devastated city following the attack.

Nakamura became Japan's oldest man after the previous titleholder died at age 112 in Nara Prefecture on Sept. 9 this year. In an interview with Kyodo News at the time, Nakamura said the secret to his health was "loving people."

Nakamura engaged in civil engineering work for many years, and recalled that he was "happiest" when working in road construction in his mountainous home region.

Japan's oldest man is now 111-year-old Gisaburo Sonobe from Chiba Prefecture near Tokyo, while the country's oldest person overall is Fusa Tatsumi, a 115-year-old woman in Osaka Prefecture, according to the health ministry.

I have synchronised the September updates with what is reflected on the Japanese forum. Biggest surprise: the 112-year-old woman from Toride, Ibaraki is still alive!

May he rest in peace.