Something interesting I read: Sienra was a spectator at the very first Fifa world cup in 1930 held in Uruguay, which Uruguay won.

Full article:
"The first and last time I got really drunk was in 1930"

Félix Sienra is 107. He was in the stadium for the first ever World Cup final and took part in the Olympics. Conversation with a special man about an eventful life. And about how he deals with mind and body, which keeps him so fit to this day.

When Félix Sienra is giving an interview from a great distance, he also wants to be able to look the person he is talking to in the face. That's what he asks before answering the questions about his extraordinary life. Glad there is Facetime. After just a few seconds, the South American established the optical connection. He smiles at the camera and says in Spanish, "Te saludo. Espero que estés teniendo un buen día.” (Greetings. I hope you are having a good day).

It's amazing how easily Sienra can handle the cell phone. Given his age, that's certainly not normal. The Uruguayan lawyer, who lives in Montevideo not far from a popular beach promenade, has just turned 107 years old. No one who has participated in the Olympic Games (since 1896) as an athlete has ever lived as old as the former sailor. Sienra started at the 1948 Summer Games in London and finished sixth in his boat class.

Interviewer: Señor Sienra, congratulations on your legendary age record. You replaced Walter Walsch on Tuesday. The American took part in the 1948 Olympic Games as a marksman like you and died in April 2014 at the age of 106 years and 360 days.

Félix Sienra: Thank you very much! You see how I'm beaming, I'm amazed at how well informed you are. But tell me, are you really calling from far away Germany?

Interviewer: Yes. Why do you doubt that?

Sienra: I can't believe that you know my name and are interested in me. And most of all, I'm amazed you found me. I can't tell you how touched and honored I feel. It's heartbreaking.

Interviewer: How are you?

Sienra: Are you asking that because I'm bad looking?

Interviewer: No, on the contrary, but given your age, this question is obvious.

Sienra: I agree with you. I can not complain. I feel good, I feel fit. However, I no longer climb into a sailboat. The last time I did that was when I turned 100. At that time we made a multi-day trip to a paradise island. My only handicap is that I have a bit of hearing difficulty. That's why my daughter Magdalena is sitting next to me. If I don't understand something correctly, she repeats it for me. You know, I would have loved to have been at the 1936 Olympic Games in Berlin. Anyone still alive from these summer games?

Interviewer: Yes, Iris Critchell, she lives in California. The American competed under her maiden name Cummings as a 200 meter breaststroke swimmer. She is 102 years and 29 days old.

Sienra: I hope she lives for a long time. I wish her the best. Yes, 1936, I had hoped to fly to Germany. But our association only had one boat class, the one-man Olympic dinghy, and there was one better than me. His name was Eugenio Lauz Santurio. He had received a new boat from France with a newly developed sail. With my old boat, I only had a slim chance of qualifying. At that point I had only been sailing four years after a friend had inspired me to do so. After his return from Germany, Eugenio was so enthusiastic about his impressions and encounters that I swore to myself that I would definitely be there at the next games in four years.

Interviewer: Nothing came of it. The Summer Games planned for 1940 in Helsinki and 1944 in London were canceled due to the Second World War. It was not until July and August 1948 that Olympic competitions were held in the British capital again.

Sienra: And I was part of the Uruguay team. You can't imagine how happy I was. I still cry tears of joy when I think about it. Unfortunately, these were my only games as an athlete, although I also qualified for 1952 and 1960. Unfortunately, my professional commitments as director of the Postal Union of America, Spain and Portugal, headquartered in Montevideo, which also meant that I was often in Germany, made further participation impossible. At the Summer Games in Seoul in 1988, I was there again as chef de mission for the Uruguayan team.

Interviewer: What do you remember particularly fondly when you look back on your Olympic debut?

Sienra: I could tell you a lot that has stuck in my memory to this day. But that would be going too far, you don't have that much space in your newspaper (laughs) . Unfortunately I was unable to attend the opening event at Empire Stadium, later Wembley Stadium, as we were already in our sailing area at Tor Bay. The bay on the coast of the English Channel is about 350 kilometers south of London. We also had our accommodations there. I started in the Firefly class. My competitors had brought in professional teams to take care of everything, while I was on my own. Although, that's not entirely true. A famous gentleman who felt sorry for me and who encouraged me every day took care of me.

Interviewer: Who was that?

Sienra: Getting to know each other started with this man approaching me before the first race without introducing himself and asking me how I would like to compete on my own against the much better equipped rivals. I answered him: "On land the other competitors have a lot of helpers around them, but on the water they are - like me - alone." And I also said: "Don't worry, one of the favorite sailors out Great Britain and the USA will stay behind me.” The stranger didn't want to believe me and then offered me a bet. He bet a bottle of Spanish cognac. After the seventh and last race, I was sixth, although I was even on a medal rank in between. To date, my placement is the best result by a sailor from Uruguay at the Olympic Games.

Interviewer: Has the stranger redeemed his gambling debts?

Sienra: Of course. The Lord told me to be at the port at 7pm where he is waiting for me on his boat. Up to this point I still didn't know who this man was.

Interviewer: What happened next?

Sienra: I was at the pier on time when suddenly this stranger in a magnificent uniform approached me, shook my hand and introduced himself as Don Juan de Borbón. Before me stood the head of the Spanish royal family. I was shocked and stunned, didn't know what to say. It took me a while to relax, but then we had a very enjoyable, memorable evening. He gave me another $100, which I could really use for my trip afterwards.

Interviewer: Where did you travel to?

Sienra: After the closing ceremony, I took a round trip by train with some of the players from our water polo team. From Paris we went to Switzerland, Austria, Italy, Portugal and Spain. We were on the road for a total of 25 days. I had $400 at the time, which I was fine with. That would be unimaginable today. Since you come from Germany, where football plays a special role, as it does here, I would like to tell you a very nice story.

Interviewer: Please do that.

Sienra: The first World Cup took place in our country in 1930 and we won the title. The games were all played in Montevideo and of course I wanted to watch the final against Argentina live. Since no ticket was available, like many others, I smuggled myself into the stadium illegally. The ranks were completely overcrowded. You could hardly turn on your own axis. I was standing in the stadium, but being small and slender I couldn't see the pitch to my disappointment among all the tall people.

Interviewer: What did you do?

Sienra: I left the stadium again and went to a beach hut to follow the game on the radio with others. I heard the people in the stadium cheering. It hurt, but that's the way it was. I then celebrated the 4-2 win with friends. We grilled fish and drank a lot of wine. That night I got really drunk for the first and last time.

Sienra: It was even harder to get tickets for the Maracanã in Rio, even though the stadium held almost 200,000 spectators at the time. That's why I stayed at home. I sailed that day and heard the game on the radio again. Winning the title in Brazil was incredible. Since then we haven't had any reason to celebrate, that's bitter. Most recently at the World Cup in Qatar, we were eliminated in the preliminary round. Something like that shouldn't happen. Your country fared no better. I am now looking forward to next year's Summer Games in Paris. I love olympic games.

Interviewer: You talked about being fit. What are you doing for it?

Sienra: I have a coach that I do light strength and stretching exercises with several times a week. Then I go for a walk with my wife. I need movement like I need air to breathe. I also attach great importance to a regular daily routine.

Sienra: I get up at 9 a.m., lie down at noon from 2 p.m. to 4 p.m. and go to bed at 11 p.m. I don't smoke and don't drink alcohol anymore. I also watch my diet very carefully. I eat almost no meat, try to consume as little fat and carbohydrates as possible. I eat a lot of fruit and vegetables and drink a lot of water. And do you know what else is very important?

Sienra: You also have to constantly train your mind. I read three to four hours a day. I have two daily newspapers and several magazines to keep me informed and to be able to continue to participate in general and political life. A day without reading is a day wasted for me.

Interviewer: What does it mean to you to have broken the age record for an Olympic athlete? You are also the oldest living Uruguayan.

Sienra: It is difficult to describe this extraordinary fact. I am confident that I will not only improve the record by days, weeks or months, but by a few more years. I always wanted my country, small beautiful Uruguay, to receive the attention and appreciation it deserved in the world. I have certainly contributed to this. Uruguay has a fantastic nature, a wonderful climate and the best beaches in the world. Please come visit me and I'll show you! I'm still healthy enough to be able to. 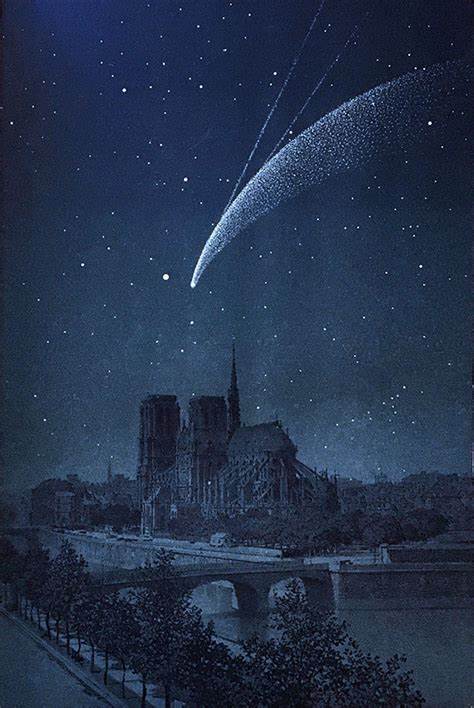 A very interesting guy and a great character it seems.