I thought I'd kick off this subforum by including some map data that I have developed for UK centenarians. 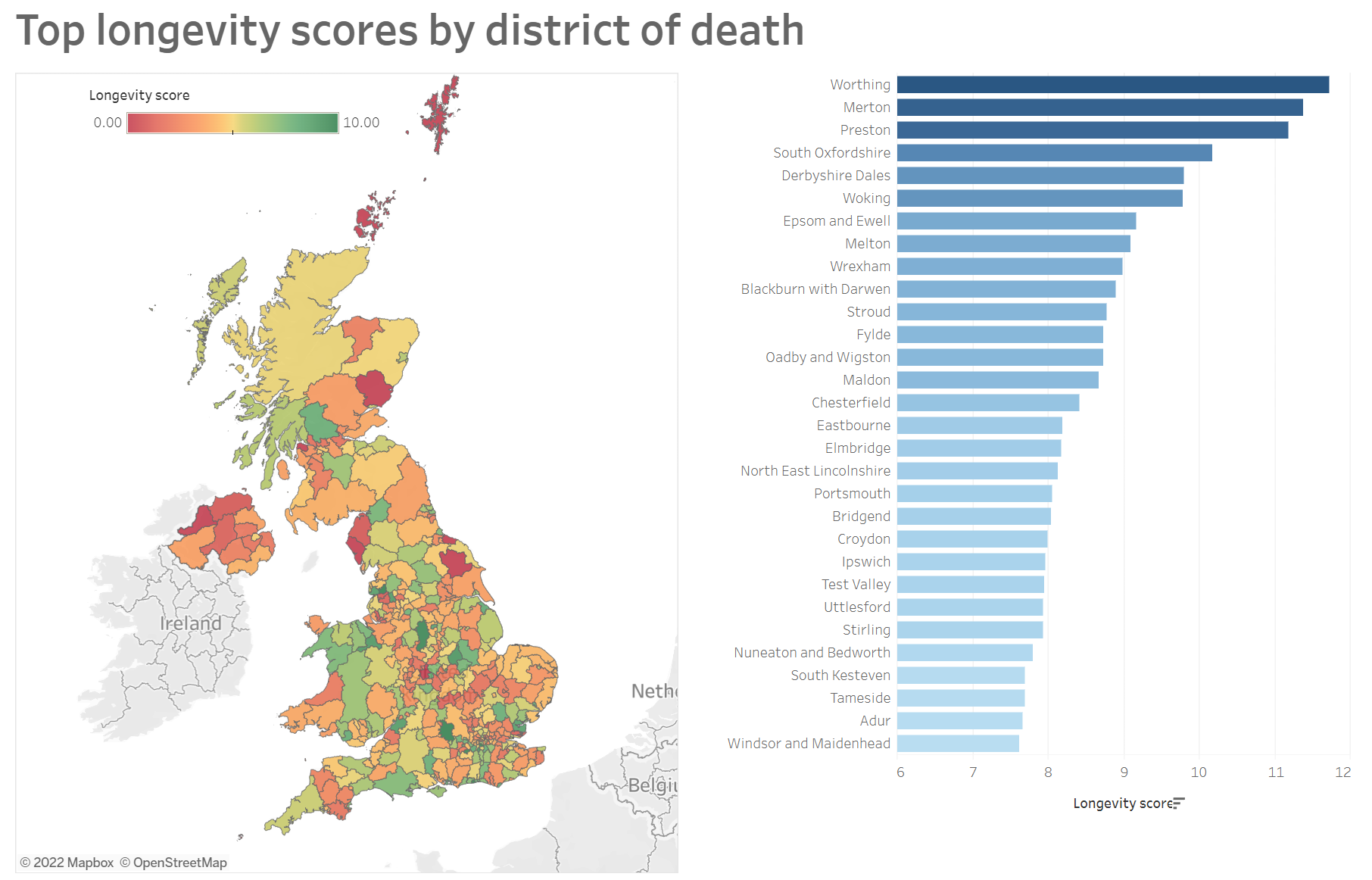 This is based on the numbers of centenarians aged over 106 since 2009 in each district in the UK proportional to the numbers of people aged over 90 (to correct for where elderly people choose to live in their later life (such as the south coast of England), and for urban areas that attract high levels of young workers.

In terms of where people aged over 106 are located, South East England has the highest total. This is due to several factors, including a higher population, higher proportion of elderly people, higher life expectancy, and it is also a more prosperous region. However it still has the highest proportion of people aged over 106 even relative to people aged 90+. In particular, the town of Worthing on the Sussex coast has been the top location for a while.